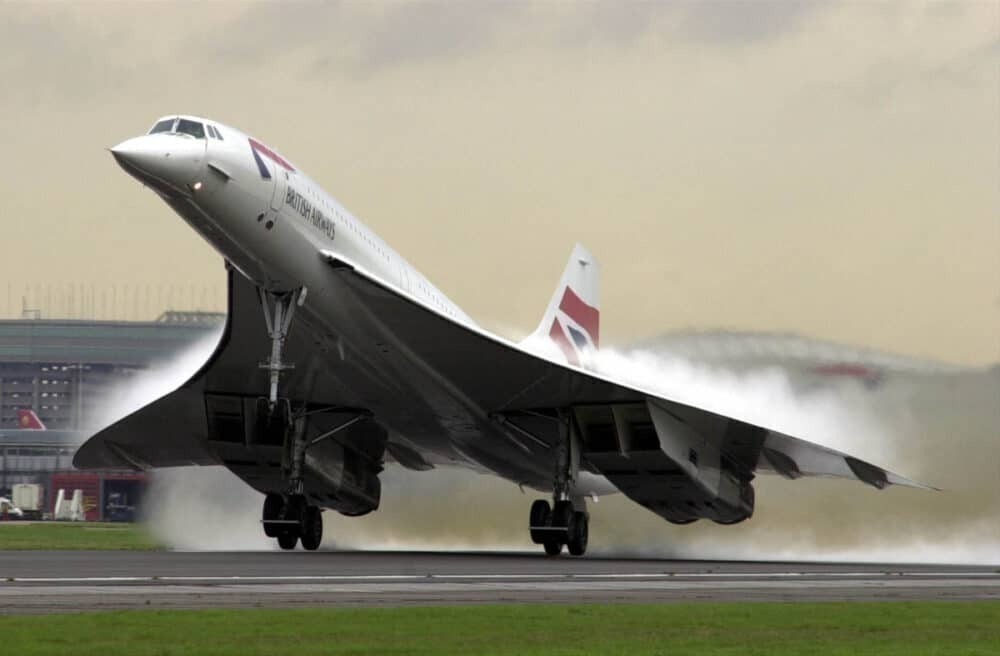 I was spontaneous back in my younger days. I’d get the idea to do something, then do it without a second thought. It created problems for me sometimes. But, I also had some amazing experiences as a result. Flying on the supersonic Concorde was one of them. I took my first Concorde flight on British Airways in October, 1977. I was 24-years-old, and on top of the world. A long lifetime filled with opportunity and adventure lay before me, and I was determined to make the most of it. “You only live once,” was my motto.

I’m a dyed-in-the-wool Anglophile. I read Sherlock Holmes stories as a child, fantasized about being a secret agent like 007, and later embraced the British Invasion with a passion. All of the new and exciting music and films were coming from England, in my mind. I wanted to go there. It became my dream, my lifelong goal. I finally got there in 1972, but that’s another story.

Concorde became an obsession. I’ve been interested in airplanes for years. I took my first flight on a Boeing 707 in 1969 on a class trip to Spain. The following year our class flew to Italy on one of the first Boeing 747s put into service. Concorde quickly grabbed my attention as the first (and only) commercial supersonic airliner. It made its maiden voyage in 1976, then began scheduled service between JFK Airport in New York, and Heathrow Airport in London. Air France also had a Concorde route between Paris and New York. By 1977, I had made two trips to London, both overnight flights from Philadelphia’s antiquated Overseas Terminal. They both ended the same way; arriving at Heathrow in the early morning after a night of no sleep in a cramped coach seat. It took a full day or more to get over the jet lag. Concorde was a revolution in air travel. Flying at twice the speed of sound it cut the trip between New York – London almost in half! The flight took just under 3.5 hours, and arrived in London the same day. That meant arriving in time to get a good night’s sleep, and wake up the next day refreshed and ready for a business meeting or a full-day sightseeing excursion.

You know how it is. You want to do something really badly, but you put it off. “Someday,” you say to yourself. Well, I couldn’t wait any longer. I made my plans to go, and bought my ticket as soon as I could. A one-way ticket. It cost around $900, a considerable sum back then. But, it was a steal compared to the $12,000 fare for a roundtrip ticket during Concorde’s final flying days. Still, I couldn’t afford it both ways, so I bought a really cheap standby ticket for my return flight. I also booked a room at an inexpensive London hotel, to save even more money. I was there for just two nights. The whole point of the trip was the Concorde experience.

And what an experience it was! The airliner had just 100 seats, with two seats on either side of one aisle. There wasn’t much room, but it didn’t matter because we weren’t in the air very long. The amenities more than made up for the lack of space. We enjoyed a five star meal served on fine china along with an extensive assortment of the finest beer, wine, and liquor. Afterwards, we were offered cigars, and some of us smoked them. That privilege was discontinued in later years, before smoking cigarettes was banned aboard all flights in the 1990s. How many people can say they smoked a cigar in an airplane? By the time we finished cocktails, the main meal, dessert, coffee, and after dinner drinks we were almost there. I began to wish that the flight would last longer, I was enjoying myself so much. Clearing UK Customs was a breeze. A typical Concorde passenger would have a car waiting, or take a taxi into town. After the flight I was in budget mode, so I boarded an Underground train for the journey into Central London.

The hotel was small, but had an abundance of English charm, and it was centrally located in the now fashionable Notting Hill area. I was too wound up to sleep. So, I ventured out into one of the world’s most exciting cities. I walked around the neighborhood, window shopped along High Street Kensington, popped into a couple of pubs, and had an evening snack. Finally, late at night, I was tired enough to sleep. The next day I wandered around the West End exploring Picadilly Circus, Soho, Hyde Park, and the myriad shops on Oxford Street and Bond Street. That evening I had a cheap, typically English dinner of fish and chips, and went pub hopping.

If there was ever an experience that was the complete opposite of a Concorde flight it was my trip back home. On the day of the return flight, which departed around noon, I had to wait in a long line with the hope of getting a seat with my standby ticket. I was advised to be at the British Airways Victoria ticket office as early as possible, so I got there around 5:30 AM. I reached the ticketing desk a LONG time later, and I was thrilled to hear that I could get a seat! The ticketing agent looked perplexed as she noticed that my arrival ticket was issued for a Concorde flight, and there I was getting the cheapest fare available for my return. My ticket in hand I waited another long period at the coach (bus) station for a slow, crowded ride to Heathrow.

After a long, restless flight I arrived back at JFK, cleared Customs, collected my bags, and trekked to my car in the terminal’s vast parking lot. Then, the ride back to Philadelphia. It was an exhausting day. I plopped into bed as soon as I got home, totally worn out from the trip back home, but looking back on my adventure with utter amazement and joy. 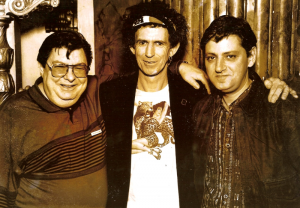 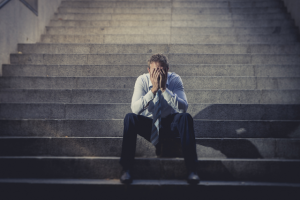 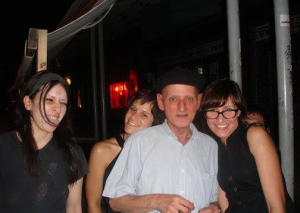 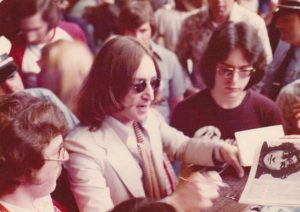